Just returned from my honeymoon in Nicaragua! A non-traditional honeymoon destination, I went on this trip seeking peace and relaxation.

Landing in Managua reminded me of landing anywhere in Mexico, with lots of green trees and patches of farmland. It also looked just like Belize, where I spent the last summer on an archaeological project. The trees looked the same but in Belize the locals speak English, not Spanish. I hoped I could remember enough Spanish to get by.

From the window of the air-conditioned taxi that the hotel had ordered for us, I felt guilty as we drove over bumpy roads through towns with stray dogs and houses made out of tin and scrap metal. It was Sunday and the stores were closed but I saw young girls outside a store, buying things through the metal grates. I was struck by how content and relaxed the people here looked despite their poverty. They looked happier on this day than anyone in downtown Portland looked on their best day. 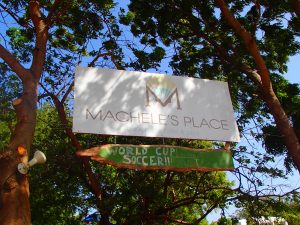 Playa Gigante is a small fishing village about 2 hours by taxi away from Managua, the country’s airport. It is filled with small hostels with leisurely surfers relaxing in the hammocks on the beach with their Macbook computers and drinking local beer, called Victoria. I laughed at how they could be on this grand adventure not knowing when or where they would travel next, but still need to be on their iPhones and iPads. It seemed to me that a more simple life would have brought them more peace. 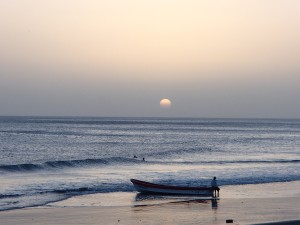 Pigs and chickens roamed freely, in and out of grocery stores and restaurants. I was getting an up-close experience with what would become my dinner in the following nights. I felt connected to the land and the environment. The air in Nicaragua had a mystical quality about it, probably from the land’s most active volcanoes that give this place an endless spark of life. I felt as if I had tapped into another universe that valued happiness and peace above all else.

There was an error retrieving images from Instagram. An attempt will be remade in a few minutes.

See you on #HighStreet #liftexpo @liftandco @nisoncopr #sesamestreet
Reposted from @mountainairmarketing (@get_regrann) - 👏 - #regrann
Finally made a stop at #thatnwbus in #washtucna, #washington --- --- #thatnwbusselfie #pnw #pnwlife #adventures #graffiti #tourist #wa #walife #pacificnorthwest #inlandempire #inlandnw #palousefalls
Reposted from @freelancingfemales (@get_regrann) - Working from home? Try these tips 1. Build a Permanent Work Space- away from your bedroom 2. Invest in Technology 3. Get Comfortable — and Functional — Office Furniture 4. Set “Work Hours” 5. Avoid “Work Creep” 6. Discover Your Peak Productivity Periods 7. Make a daily To-Do List with most urgent tasks 8. Track your hours to see what is taking you the most time 9. Get dressed and stay away from TV 10. Set a Morning Routine and Stick to It 11. Exercise and eat healthy lunches/snacks 12. Take Short Breaks 13. Create a Rewards System 14. Stay Off Social Media 15. Leave the House for at least a short time each day 16. Set coffee dates and network 📷: @157ofgemma - #regrann

My Tweets
My Tweets